Estany Roi and the Red Mountain

June 19th, 2014, Vall de Boi, Catalunya, Spain. The walk to Estany Roi (estany= lake, roi = red) has been on our to-do list for some years now.  We had already spotted this colourful mountain from a distance during a previous walk to the Estanys Gemenats but feared that it would be more strenuous. This year, we decided to go for it. We were enchanted by some really neat views of mountain slopes, rivers and waterfalls… At last we stood in front of the Red Mountain. With its impressive red-purple rocks and snow patches, it dominated the whole area. There was nobody else around, the mountain and its lake belonged to us for a short while. And to the mountain goats (rebecos (E), isards (F)) we spotted on its slopes.

We sincerely thank Xavi Soriano for this great walking tip. 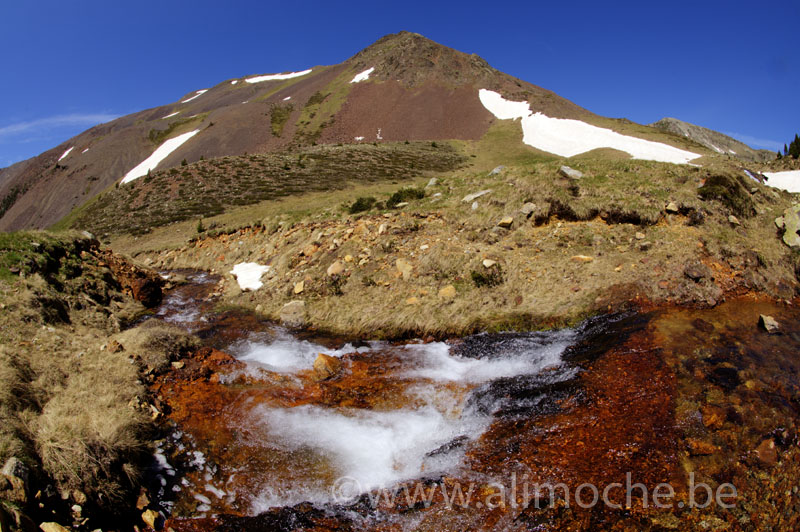 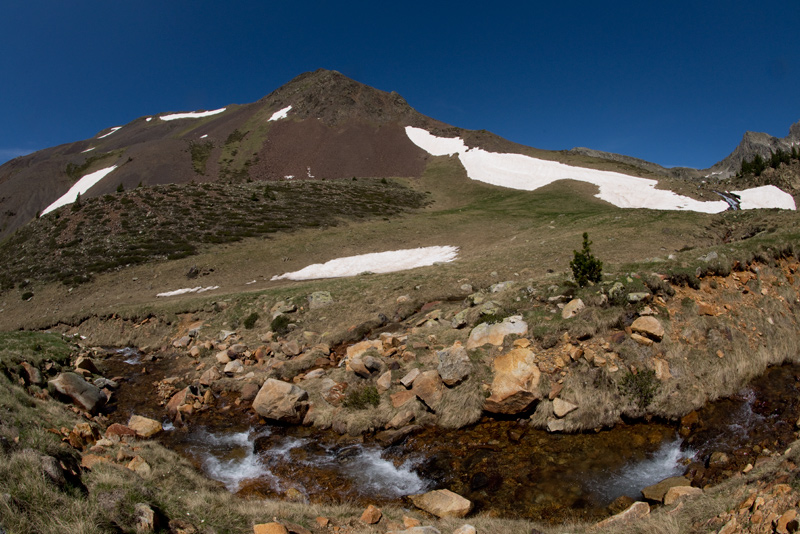 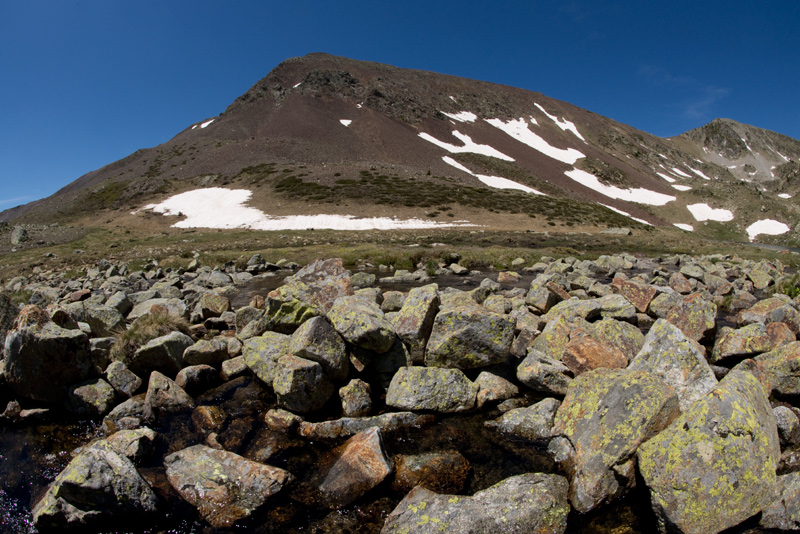 This entry was posted in Uncategorized. Bookmark the permalink.

One Response to Estany Roi and the Red Mountain