Riglos, Aragon, June 3rd. At the time that the Pyrenees were formed (during the tertiary era), the pre-Pyrenees and Spanish sierras also came into shape while strong erosion, mainly caused by the lakes and streams of the Pyrenees, carried a lot of heavy material to the sierras. As the sierras were further lifted upward, fractures were created in which this material (rocks) was poured. During the quartery era, under the combined erosion of wind and water, fascinating shapes were slowly carved out: these shapes are called “Mallos” (cf. 27/11/11).

The rock formations are conglomerates of lime and sandstone (originating from melting). They dominate the surrounding landscape by almost 300 meters. The presence of clays and iron oxides explains their bright, orange-reddish colours. The most famous ones are those of Riglos (top), while the largest ones are located on the other side of the river, in Murillo de Gallego (bottom). 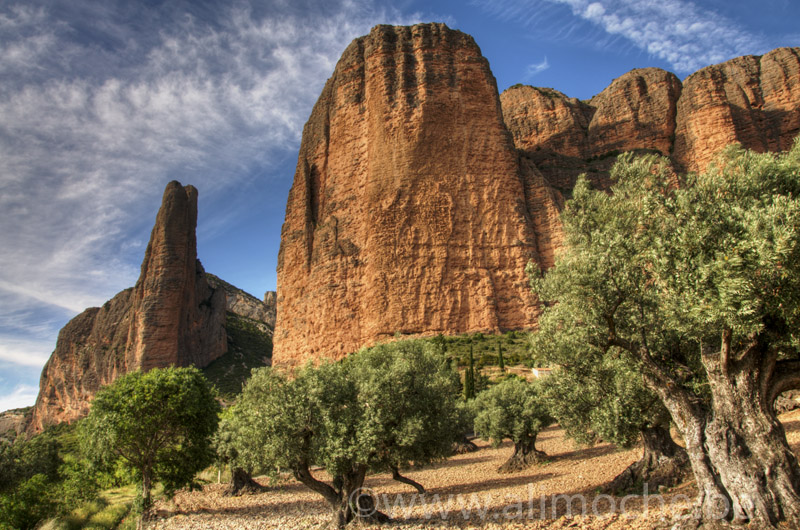 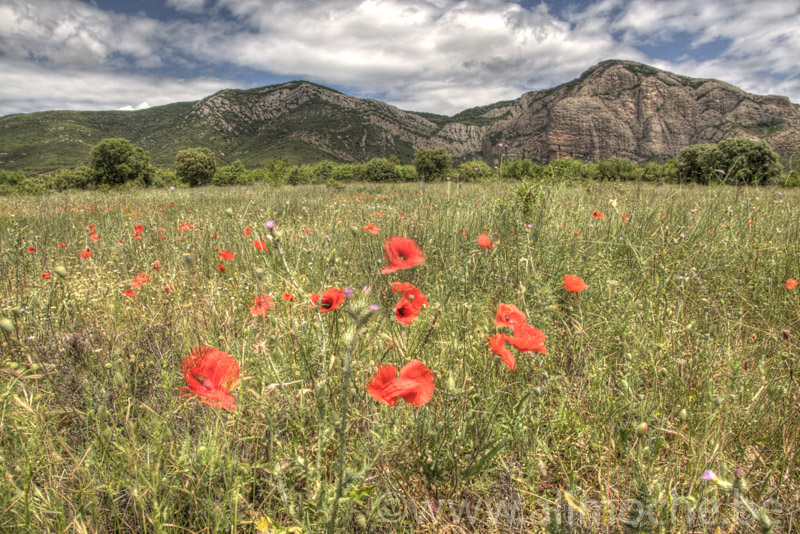 This entry was posted in flora, landscapes, travel, Spain. Bookmark the permalink.