December 13, 2011.La Palma. I’ve been photographing the area around Mt Quemada for several mornings now. One has to be there at around 9.30 when the sun rises above the mountain range on the east, Cumbre Nueva.
The area north and east of Mt Quemada is very rough. The bottom is covered with sharp volcanic rocks and lava bombs. You have to be extremely careful where you put your feet, because the volcanic rock is very sharp and falling will result most certainly in skin-injuries. The soil in the area south and west of the mountain is completely different and is more fine grained.

A spectacular feature happens when the north-east trade winds (coming from the Atlantic Ocean) bring clouds to the island. These clouds are forced to rise up the slopes, reach the peaks and gradually descend on the other side, forming cascading clouds. I have witnessed (and photographed) the effect several times,when clouds drifted over the mountain range “Cumbre Nueva” and descended onto the area northeast of Mt Quemada. Depending on the quantity of clouds, one is presented with magnificent light effects or a strong unpleasent wind with rain. 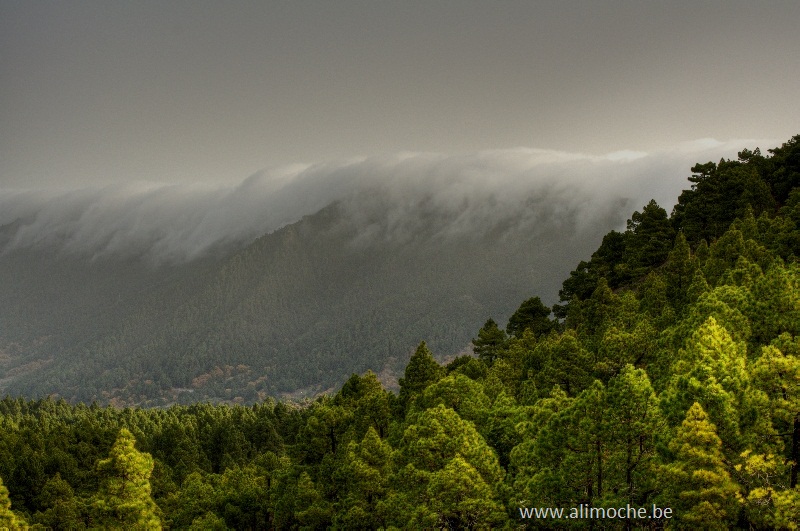 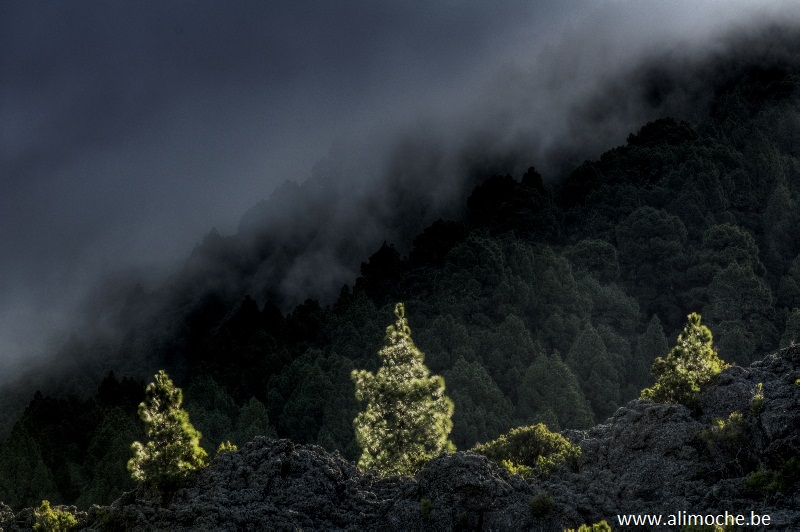 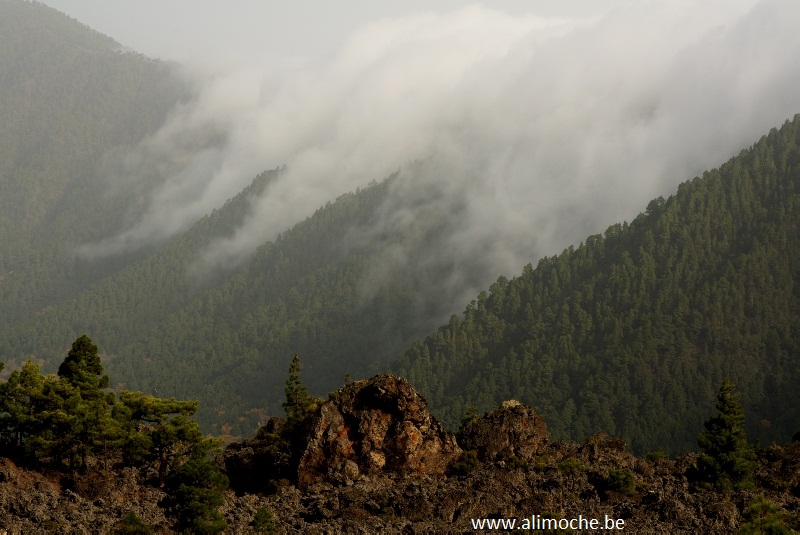 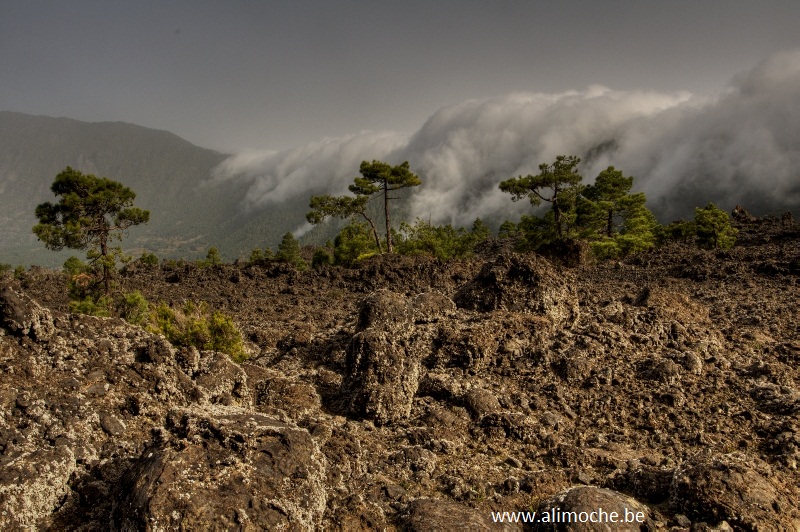 This entry was posted in landscapes, travel, Spain. Bookmark the permalink.