June 8th, Vall de Boi.  We were walking in the ‘Parc Nacional d’ Aiguestortes i Estany de Sant Maurici’, at the far end of the valley in a beautiful spot called “Pletiu de Riumalo” (in Catalan language) when Patricia suddenly spotted an awesome fox. The fox was too far away to obtain a good, clear picture with the only telelens we were carrying that day: a 200mm. But I vaguely remembered some army-techniques they had tried to explain to me some thirty years ago, and with Patricia’s directions in her version of the sign language of the deaf, I managed to sneak a little bit closer. I succeeded in taking two pictures before the fox spotted me and made a run for it. So far for the army techniques ….. 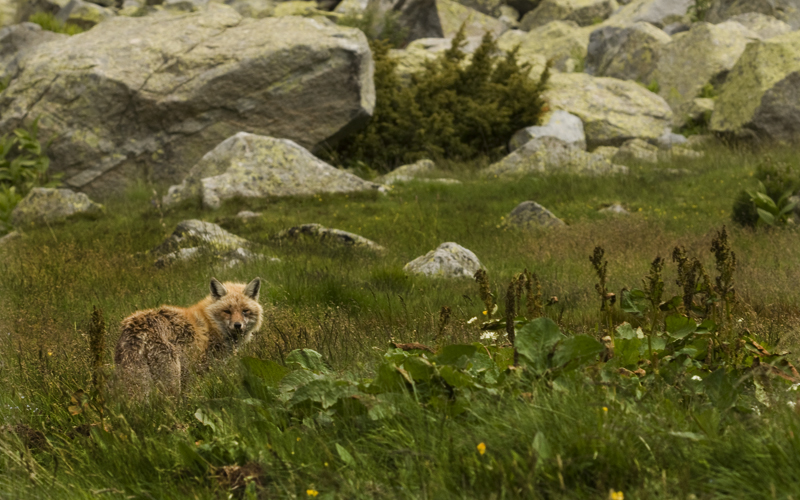 This entry was posted in mammals. Bookmark the permalink.

3 Responses to The Fox