La Palma, 6-7 november 2014. I had the pleasure to accompany Patricia on an observing run with the Belgian Mercator-telescope at the Observatory de los Muchachos, La Palma, Canary Islands, Spain (ouf!) The full moon was right in the middle of our observing run. Stargazers don’t like the full moon. Professional astronomers also don’t like the full moon. It adds an enormous amount of light to the sky-background and makes faint stars disappear. On top of the full moon, we had a few nights with high cirrus clouds. But these don’t keep spectroscopists from observing: they just use a longer exposure time.

The night of 6 – 7 november a beautiful halo appeared around the moon. The picture below shows (from left to right)the domes of Isaac Newton , Kapteyn and Mercator telescopes. Orion is visible halfway between INT-dome and moon. The Pleiades are also visible, pretty close to the moon. 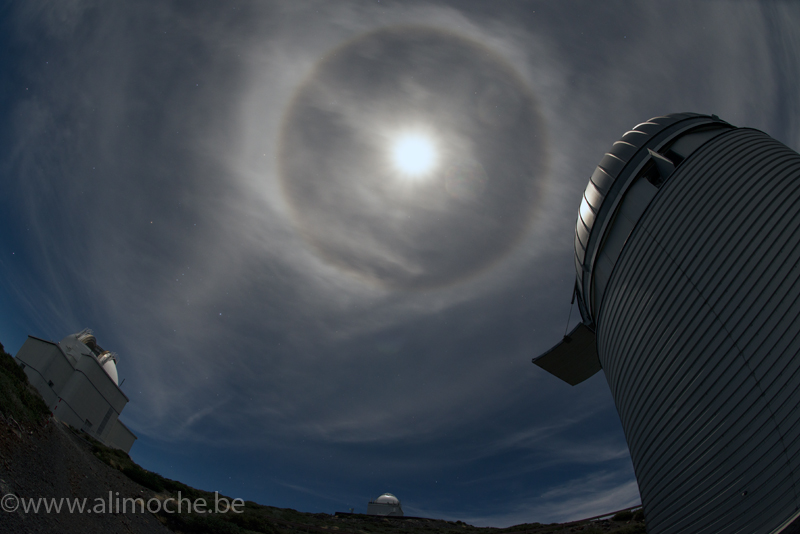 This entry was posted in astronomy. Bookmark the permalink.